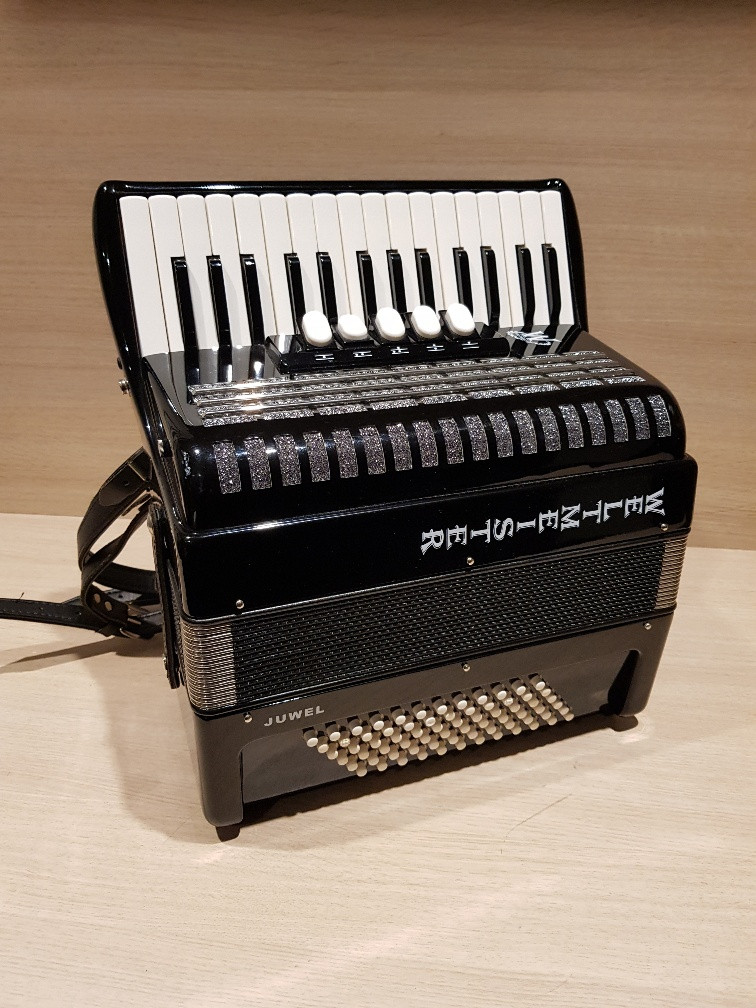 Klingenthal, a centre of music, is a small town in the Saxon Vogtland region, directly bordering on Bohemia. As early as the middle of the 17th century, instrument makers settled down here, starting with violin makers from Bohemia. Later, woodwinds and brasswinds were also made here. In the 19th century, mouth organ making came to town and soon dominated the townscape with a multitude of workshops. By the year 1840 or thereabouts, this boom had turned Klingenthal into Germany’s largest centre for the manufacture of mouth organs.

Accordion production started in 1852, when Adolph Herold brought the accordion along from Magdeburg. At that time the accordion was a much simpler instrument, very similar to the mouth organ, and so it was easily reproduced. The ensuing years saw the creation of well-known brands such as Barcarole, Contasina, Firotti, Horch and Royal Standard, as well as the establishment of accordion making as a senior branch of industry in the so-called musical corner of the Vogtland region. Numerous patented inventions stand as a testament to the creativity and imagination of the engineers and accordion makers of that time.